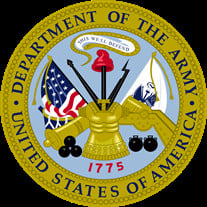 Robert L. Roccasano Age 85, of Penn Hills, passed peacefully on January 25, 2021 at Heinz Hospice in Aspinwall. Born in Pittsburgh on March 31, 1935, to Peter R. and M. Jane (Corona) Roccasano. Bob played football at Penn Hills High School, and spent 3 years in the US Army, where he achieved the Good Conduct Medal of Honor, along with Marksman and Sharpshooter status. A savvy businessman/entrepreneur, he was the sole proprietor of several automotive service and salvage operations, most notably East End Auto Wrecking. Bob was an avid Steelers fan, loved old cars, going for long drives, good food, pet dogs and children, to which he was a good father to five. He is survived by former wife, Patricia; James F, June A, Robert J, Victoria L, and Peter J; grandchildren, Victoria I, Kassandra, Kristopher; two great-granddaughters; brother, Peter F.; and two nieces. Bob lost a younger sister, Carol A Roefaro in 1997. Many thanks to his devoted attendants at Heinz Hospice for their genuine excellent care. Memorial donations can be made to Heinz Hospice or St. Jude Children's Research Hospital. A memorial service will be held at the National Cemetery of the Alleghenies in late Summer or early Fall.

The family of Robert L. Roccasano created this Life Tributes page to make it easy to share your memories.

Send flowers to the Roccasano family.