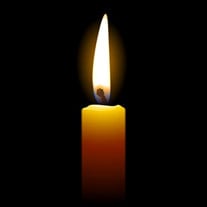 Marlene J. McCurdy Age 75, of Oakmont, Pennsylvania died peacefully on August 30, 2019 in the company of family after a long, courageous battle with COPD. Marlene was born to Neal H. and Jean Yeager on November 22, 1943 in Pittsburgh, PA. She graduated from Oakmont High School in 1962. In 1963 she married George "Bunny" McCurdy, her high school sweetheart and the love of her life. Along with her husband, who was a longtime Oakmont volunteer firefighter, she was active in the social and support activities of the firehall for many years. She was a lifelong card player who, for much of her life, met with a group of friends for monthly card games and socializing. Marlene was an avid Pittsburgh Steelers fan who never missed a game (although she regularly watched a recorded version games, as she was often too nervous to watch close games live). She was an animal lover whose house was full of an assortment of dogs and cats over the course of her lifetime. Marlene gave frequently and generously to a wide variety of charities. Marlene was a loving wife, mother, and grandmother. She was involved extensively in the lives of her daughters, grandchildren, and son-in-laws, supporting them in a wide variety of activities and endeavors. She was particularly proud of her grandchildren, Kelly and Andrew, and visited with them regularly despite her advancing illness. Marlene is survived by two daughters, Vickie Roidt (and son-in-law Joe) of Mitchell, South Dakota and Kim McCurdy (and son-in-law Ron Drozdowski) of Oakmont; and two grandchildren Kelly Roidt of Pacific Grove, California and Andrew Roidt of Mitchell, South Dakota; nephews Clark, Craig, and Allen; niece Lisa; and dear friends Jack and Janet Brocato. She was preceded in death by her parents; husband George; sister Maxine (Yeager) Bilbie; and brother-in-law Arthur Bilbie. The family would like to extend heartfelt thanks to Ruth Ann and Heritage Hospice employees Robert and Leigh Ann. The family will hold a memorial service this November.

Marlene J. McCurdy Age 75, of Oakmont, Pennsylvania died peacefully on August 30, 2019 in the company of family after a long, courageous battle with COPD. Marlene was born to Neal H. and Jean Yeager on November 22, 1943 in Pittsburgh, PA.... View Obituary & Service Information

The family of Marlene J. McCurdy created this Life Tributes page to make it easy to share your memories.

Send flowers to the McCurdy family.