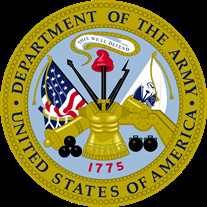 Joseph B. Hawley Age.97, beloved husband, father, grandfather, and great-grandfather, died Sunday, October 4, 2020, at home. Mr. Hawley was born in the Borough of Irwin, in the family home, on January 22, 1923. He was the son of the late William and Beulah Park Hawley. In addition to his parents, Mr. Hawley was preceded in death by his wife, Hazel Dobson Hawley and two sisters, Arlene Hawley and Margaret Hawley Anthony. Joe is survived by his loving and devoted son Bill and wife, Tracy, of Irwin; his daughter, Susan, at home; his cherished and adored grandsons, Joey and wife, Sara, of North Huntingdon, PA, and Andy and wife, Katrina, of Chicago, IL; and his precious great-grandchildren, William and Lily. Also surviving are many nieces, nephews and their families. Joe was a life-long resident of Irwin Borough, living most of his life just 100 feet from his birth home, and during his final years, just 6 blocks away. He was a World War II Veteran, having proudly served his country in the United States Army, first stationed in England. After D-Day, his company crossed the English Channel to France. While there, they served as Supply Company for Patton's 3rd Army. As a veteran, Joe was eligible for membership in the American Legion and was a 70+ year member of Post #359, Irwin, where he served as past Commander. Joe was a life-long faithful member of the Irwin First United Methodist Church, where he was baptized, confirmed and married. He was a devoted member of their United Methodist Men, always obliging and ready to lend a hand when needed for many of their worthy projects throughout the church. Joe was responsible for most of the brick and mortar and glass-block design work that can be seen in the church today. For many years, he was one of the legendary "potato peelers" for the UM Men's famous chicken dinners. Joe was a hard-working man and never failed to provide for his family. Prior to retirement, he had been employed by the Norwin School District as a custodian for over 20 years. He was also employed by the former Eade Stone Company of Jeannette, where he was a respected bricklayer with a superb reputation for excellent craftsmanship. A car ride through the surrounding communities will reveal many quality chimneys and fireplaces he constructed. Physically active all of his life, Joe faithfully took his daily walk through the streets of Irwin or at the local playground - a place his grandsons recall with the fondest of memories - where they caught salamanders in the crik' and picked black walnuts with their Pap. Through the years, Joe spent endless hours in the gym, watching his son, and later his grandsons, wrestle on the mats. Summertime found him on the fields, watching them play baseball. He never missed a special event or milestone where they were celebrated. Until the last few years, Joe could still be seen cheering on the Norwin High School sports teams, especially at wrestling matches and football games. He also loved his Pittsburgh teams - the Pirates, Penguins, and Steelers - and never missed a game on radio or television. Joe had a quiet humor and quick wit, teaching his grandsons through his "Pap-isms" - his funny sayings that will be marked in the pages of their memory book of him. The boys were the light of his life and a sparkle from his eyes was still evident when his beloved grandsons walked through the door to see their Pap. A sweet and humble soul, his kindness was extended to all. In honoring Joe's wishes, there will be no public visitation. A memorial service will be held at the Irwin First United Methodist Church, followed by graveside services and full military honors at Irwin Union Cemetery, all to be determined at a future date and time. For those wishing, memorials may be made to Irwin First United Methodist Church, 310 Oak Street, Irwin, PA 15642.

Joseph B. Hawley Age.97, beloved husband, father, grandfather, and great-grandfather, died Sunday, October 4, 2020, at home. Mr. Hawley was born in the Borough of Irwin, in the family home, on January 22, 1923. He was the son of the late William... View Obituary & Service Information

The family of Joseph B. Hawley created this Life Tributes page to make it easy to share your memories.

Send flowers to the Hawley family.