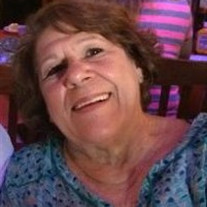 Janet was born on April 16, 1943, in New Kensington, Pa., a daughter of the late Robert and Anna (Bogaty) Montanari. Janet was a graduate of Plum Boro High School and has resided in Penn Hills since 1969. Janet met Charles R. Rosewell while working at the University of Pittsburgh's Cathedral of Learning and became his beloved wife on July 8, 1964. While raising their two daughters, Christine and Lynn, she volunteered her time as a member and past president of the National Parent Teacher Association (PTA) for the Penn Hills school district. She served as a healthcare professional at Pittsburgh's West Penn Hospital and St. Francis Medical Center. Janet exemplified unwavering faith, strength, courage, and resiliency by beating cancer four times. She was known for bringing joy and humor to every occasion. Janet enjoyed bowling, golfing, and card clubs. Janet and Charles "Bud" reveled in their roles as grandparents. Janet is survived by her husband, Charles R. Rosewell, daughter, Christine (Keith) Kroner, grandchildren Courtney, Emily, and Ryan, and daughter Lynn (Eric) Szakal, and granddaughters Sidney and Samantha, along with many nieces and nephews. In addition to her parents, she was preceded in death by her sister Nancy Montanari and twin sister, Janice Rodavich. Janet Rosewell of Penn Hills, Pennsylvania, transitioned peacefully on Sunday, December 5, 2021, in Maryland. Family and friends are welcome from 2 to 4 p.m. and from 6 to 8 p.m. on Wednesday, December 15 at the Thomas M. Smith Funeral Home and Crematory, 930 Center Avenue, Blawnox, Pa 15238 . Mass will be held on Thursday, December 16 at 10:30 a.m. at St. Edward's Church, 450 Walnut Street, Pittsburgh, Pa. In lieu of flowers, donations can be made in memory of Janet Rosewell by visiting the Make A Wish America page at https://wish.org/ . Donations can also be made by mailing checks or money orders to Make A Wish America, 1702 East Highland Ave., Suite 400, Phoenix, AZ 85016 https://secure2.wish.org/site/SPageServer?pagename=offline_gift_form .

Janet was born on April 16, 1943, in New Kensington, Pa., a daughter of the late Robert and Anna (Bogaty) Montanari. Janet was a graduate of Plum Boro High School and has resided in Penn Hills since 1969. Janet met Charles R. Rosewell while... View Obituary & Service Information

The family of Janet Anita Rosewell created this Life Tributes page to make it easy to share your memories.

Send flowers to the Rosewell family.