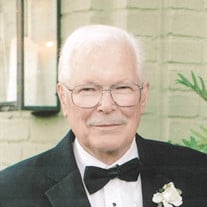 Henry Elmer Bakkila Of O'Hara TWP passed away peacefully 1/27/22.He was born 8/10/1929 in Duluth,MN, son of Henry and Lois (McEvoy) Bakkila. He was preceded in death by his beloved wife of 68 years Marjorie (Marge) and by his brother Jack of Irvine.CA. Henry is survived by sons Dr.Hal Bakkila (Kathy), David Bakkila (Betsy Neidle) of Pittsburgh, daughter Dr. Anne Jeffries (Gordon) of Hobe Sound, FL., grandsons Jacob (Emily), Sam, Curt, Alan and granddaughter Maggie. Henry and Marge were married in 1949 (they had their first date at a school dance when she was 14 and he was 15). Henry received his BS in geology from the University of MN and they moved to Crosby. MN where Henry was employed by U.S.Steel, walking on snowshoes with a magnetometer through the wintry forests to map out iron ore deposits. Hal and David were born in Crosby and Anne in Virginia, MN. With his kids in grade school, Henry was active in the PTA (President), and in scouting (he had been an Eagle scout). In 1963 the family moved to Ciudad Piar, Venezuela a small mining town. This began a great family adventure in scenic outdoor travel and Latin culture. In 1969 the family moved to Pittsburgh where Henry worked for U.S.Steel's International division. This job entailed travel to Sierra Leone, Egypt, Spain, Brazil, South Africa and Indonesia. Besides his geology and mining engineering work, Henry was a cheerful American representative abroad, always interested in the language and customs (especially the food) of the people of the country where he was working. Henry and Marge were able to travel together to Africa. Europe and Asia and visited all fifty states. They both loved nature-especially birds-and volunteered at Beechwood Farms Nature Center. Henry had a small business designing, making and repairing stained glass which he ran from his home for twenty years. His most notable personality trait was his ability to find humor in virtually any circumstance, a trait that will be fondly cherished by his survivors. A private celebration of his life will be held in the future. In lieu of flowers please consider a donation to the St.Margaret Memorial Hospital Foundation or the Audubon Society. Poem from granddaughter Maggie : Frozen lakes hear loons, finnish smiles with crinkled eyes watch the cardinal pair fly home together, Free

Henry Elmer Bakkila Of O'Hara TWP passed away peacefully 1/27/22.He was born 8/10/1929 in Duluth,MN, son of Henry and Lois (McEvoy) Bakkila. He was preceded in death by his beloved wife of 68 years Marjorie (Marge) and by his brother Jack of... View Obituary & Service Information

The family of Henry E. Bakkila created this Life Tributes page to make it easy to share your memories.

Send flowers to the Bakkila family.