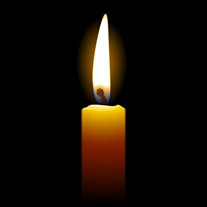 George Paul Wachter August 9, 1930 - December 20, 2019 George was born to his parents, Mary and Joseph Wachter in Pittsburgh, PA. After graduating from Central Catholic in 1948, he began his bricklaying apprenticeship with Local #2 PA. In 1952, George entered the Navy and proudly served as a Seabee in California and Trinidad, where he created friendships with both Shorty and Stumpy. Upon returning home, he met the love of his life, his "Sweets", Sis. They married in 1961 and formed a bond which could not be broken. George had a beautiful voice and shared his fondness of music and singing with his sons and nieces. He was a very generous man and made hundreds of pineapple upside-side-down cakes and gallons upon gallons of bean soup for his family and friends. If someone needed help, George was the first to volunteer. When people offered a monetary payment, George often suggested a cold beer instead. George and Sis always made time to bowl a few frames with "the Soda Poppers" league for 30 years, where lifelong friendships were formed. After retirement, he was able to devote many hours on the links with his golf buddies and Sis, too. For 71 years, George was passionate about being a Union Bricklayer with both Local #2 PA and then Local #9 PA. He entered the Union just past his 18th birthday in September 1948 and retired in 1992. George was an amazing story teller and shared his memories about the jobs he worked, the guys he taught and all the buildings he meticulously constructed. Everyone who was honored to have met George knew his proudest accomplishment was his family. Because of the love he and Sissy shared, they blessed the world with two sons, Tim (Dana) and David (Donna); and his grandchildren, Andrew, Seth, Josh, Faith and Jack, all who will have lifelong memories of swimming in Pappy's pool and laughing at his silly antics. Not only was George a grandfather, he was a great-grandfather to Malikye and Jazmyne. George was preceded in death by his parents; brothers, Joe (Peg) and Jack (Flo); and his sister, Peggy (John) Connors. Visitation on Sunday, December 22, 2019 from 2-4pm and 6-8pm at the Thomas M. Smith Funeral Home and Crematory, Ltd., 930 Center Avenue, Blawnox, PA 15238, where family and friends will gather for final prayers on Monday, December 23, 2019 at 9:30am, followed by a Funeral Mass at 10:30am at St. Pio Parish/ St Edward Church in Blawnox. A rosary will be recited at 3pm on Sunday during visitation. Burial to remain private. In lieu of flowers, raise your glass to celebrate the marvelous life of George. Also please make a donation in George's name to Autism Connection of Pennsylvania, 36 Wilson Street, Suite 100, Pittsburgh, PA 15223, www.autismofpa.org.

George Paul Wachter August 9, 1930 - December 20, 2019 George was born to his parents, Mary and Joseph Wachter in Pittsburgh, PA. After graduating from Central Catholic in 1948, he began his bricklaying apprenticeship with Local #2 PA. In 1952,... View Obituary & Service Information

The family of George Wachter created this Life Tributes page to make it easy to share your memories.

Send flowers to the Wachter family.